This museum has been opened not despite as often happens, but thanks to the interest of many people: the authorities (Russian President Vladimir Putin instructed the Ministry of Culture of the RF to found the Memorial Flat of Vasily Belov that was to be a branch of the Federal State Budgetary Institution of Culture “Kirillo-Belozersky Historical, Architectural and Art Museum-Reserve”), the deputy corps of the State Duma of the Federation Council in the Russian Federation, Vologda Oblast Governor Oleg Kuvshinnikov, the Vologda Region Legislative Assembly; writers and ordinary citizens – residents of the Vologda region.

The key figures in the establishment of the museum were writer’s widow Olga Belova, art critic Natalya Serova and Mikhail Sharomazov, director of the Kirillo-Belozersky Historical, Architectural and Art Museum-Reserve.

The Memorial Flat of Vasily Belov was established on the instructions of Russian President Vladimir Putin on November 5, 2014.

The Memorial Flat of Vasily Belov was founded thanks to the efforts of many people who were not indifferent: famous Russian writers, including Belov’s friends Valentin Rasputin, Valentin Kurbatov, Vladimir Krupin, Valery Ganichev, Mikhail Karachyov; deputies of the State Duma of the RF Anatoly Greshnevikov and Vyacheslav Pozgalev; deputies of the Vologda Region Legislative Assembly headed by Georgy Shevtsov; correspondent of “Rossiyskaya Gazeta” Dmitry Shevarov. Vladimir Tolstoy, adviser to the Russian President on Culture, and Vsevolod Popov, employee of the Presidential Executive Office, also made an important contribution to the museum establishment.

Vladimir Medinsky, Minister of Culture of the RF, endorsed the idea to open the Memorial Flat of Vasily Belov. He considered it to be one of the main events of the Year of Literature in Russia along with the opening of the Museum of Alexander Solzhenitsyn in Pyatigorsk and the Museum of Joseph Brodsky in St. Petersburg.

The decree on the establishment of the branch of the Kirillo-Belozersky Museum-Reserve was signed by museum director M.N. Sharomazov on September 4, 2015.

The last address of V.I. Belov in Vologda became the registration address of the museum.

The master of the pen wrote the following works in this very flat: the novels “The Year of a Major Breakdown”, “The Sixth Hour”; the stories “Vologda’s Buktinas”, “A Story about One Village”, “Non-Returnable Years”; recollections about Vasily Shukshin “Weight of the Cross”, recollections about Valery Gavrilin “The Voice Born Near Vologda”; the plays “Alexander Nevsky” and “Family Holidays”, short stories and sketches “Missing Persons”, “Gurzuf”, “Data”, “In the Garden of the Valley”, “Coloratura Soprano”, “The Soul is Immortal”, “Moscow Guests”; plenty of essays, poems, and op-ed articles.

Opening of the Memorial Flat of Vasily Belov as a branch of the Federal State Budgetary Institution of Culture “Kirillo-Belozersky Historical, Architectural and Art Museum-Reserve” is a mark of great love for the national writer, a mark of life of his name in the historical and cultural memory of the modern society and particularly residents of Vologda. Vaily Belov was justly an honorary freeman of this city. 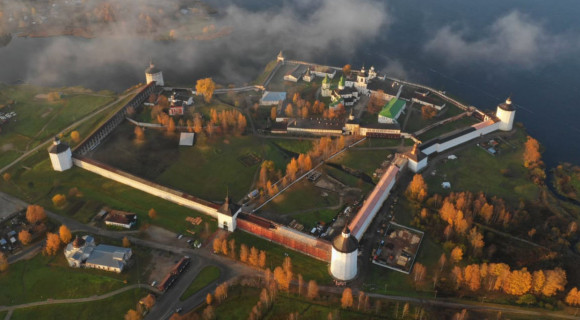